When it comes to attracting guys, the traditional fashion standards (i.e., makeup, red dresses, high heels, miniskirts) always do the trick. However, a woman doesn’t have to dress conventionally sexy to get our attention. You’d be surprised (or maybe you wouldn’t!) to discover that there are plenty of fashion choices that we find just as hot. Here’s a look at 10 of them. 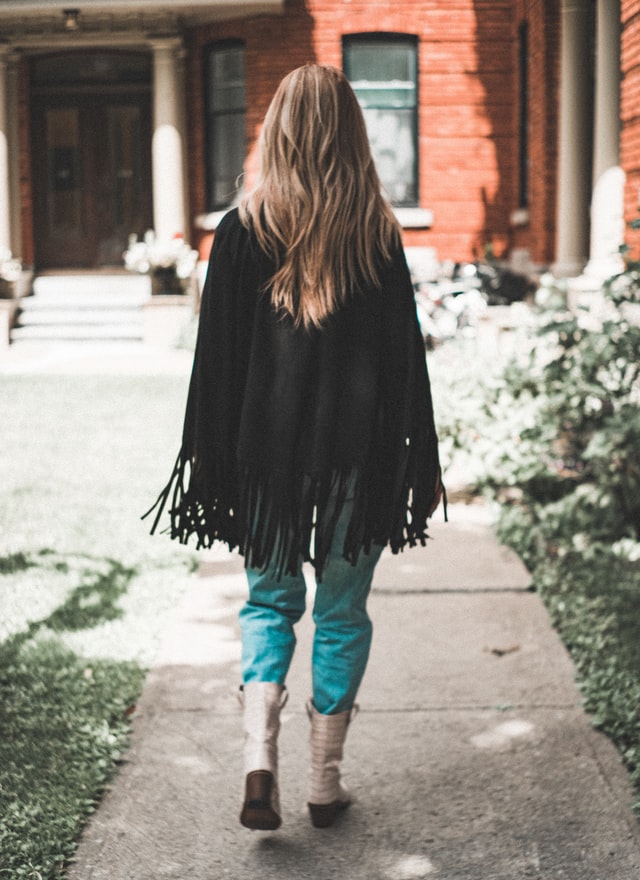 We’re talking about sports bras, running shorts, headbands… When a chick is at the gym or even just jogging up the street, it’s hard for a guy not to pause for a moment and soak it all in. It doesn’t even matter how sweaty she looks. That’s part of the appeal!

A woman in a sundress is sending the message that she’s fun, flirty, and even a bit innocent — oh, but she isn’t at all! I’ve never seen a chicky-poo in a sundress that wasn’t in a good mood from my experience. It’s the perfect look in July, whether the goal is to get a coffee downtown or explore New York and a European city.

There are two reasons why guys like a lady in a nightgown. For one thing, unless we’re talking about college dorms, seeing a woman prance around in sleeping wear isn’t something that’s all that common. Secondly, it’s simply an endearing look, especially if it’s accompanied by a towel wrapped around her head after she’s washed her hair.

Whether she’s pairing it up with skinny jeans or shorts, a girl can’t go wrong when she’s wearing cowboy boots. It doesn’t even matter if she’s from New York City; cowboy boots give the impression that she is a farm girl at heart, feeding imaginary chickens in the morning and listening to country music.

Under most circumstances, a woman wearing baggy clothes sounds like the last thing to drive a wild. Oh, but you’d be surprised! Okay, you wouldn’t. Ideal for when the weather is just chilly enough for t-shirts to be inappropriate but not necessarily cold enough for a jacket, hooded sweatshirts make a lady appear more youthful and hip. It’s also far better than wearing a frumpy sweater.

Wearing tennis shoes is not only practical; it’s a fashion choice that works well in a variety of situations, whether the chick is wearing a summer dress, hooded sweatshirt, or even a t-shirt and jeans. Anyway, we certainly can’t expect a lady to wear high heels all the time…nor can we?

It is another good look during the summer months. It’s perfect when paired up with boots. A version with a collar can even be considered formal. Whatever the case might be, we guys find it attractive.

It requires no explanation, but it would be silly to include a photo and not comment on the other hand. So, yeah, form-fitting yoga pants are sexy because they show off the goods. You don’t even need to be into yoga either.

Wearing glasses makes a chick look brighter, and there’s nothing hotter than a girl who gives off the impression that she’s intelligent but is not. It works best if she’s wearing a business outfit. Although we all know the only thing, she accomplishes all day is making herself coffee in the break room.

As much as we love it when a woman sexy lets her hair down, you should never underestimate the power of a ponytail. It conveys a sense of fun and youthfulness and is also a sporty look that guys love.

Previous Post: Top Foods our Immune System Stronger Than Ever
Next Post: The metropolises of tomorrow: healthy cities