Like millions of Americans, BBQ is a big-time favorite. Starting around the 4th of July, many Americans will be hitting the BBQ and will continue the tradition just about every weekend until the cold weather approaches again.

In the 1970′s these warnings started becoming more apparent to America and the world.

In my opinion, if you go around and actually take a survey from people about the carcinogenic problem when burning food, not many people would even have an idea of what you are talking about.

Certain forms of cancer are caused by heterocyclic amines (HCA’s) and polycyclic aromatic hydrocarbons (PAH’s), these two chemicals are created when bbq meats such as beef pork fowl, and fish are cooked at high temperatures and burnt. 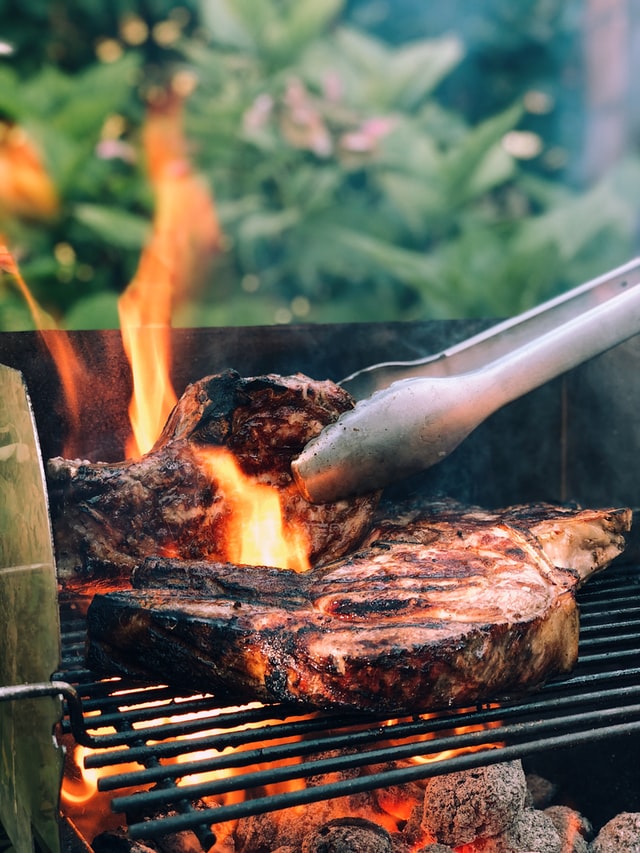 In these circumstances, this can mean if anything is unattended for an even few minutes in the summer heat. Burnt food for some people is considered the tastiest but WARNING it is without a doubt, not the healthiest. Keep the burning of the food to a minimum to avoid carcinogens

According to studies people who are eating medium to well-done meats were more than likely to suffer from stomach cancer versus the others who ate rare to medium-rare cooked meats. One study showing men who consumed 10g or 1/3 ounce a day of well-done meat had a 40% higher chance of developing prostate cancer

In addition to the mutating chemicals, there are other things in bbq meat that can lead to cancers as well. These other things are found only in processed bbq meats and are just as bad for the body. Free iron and nitrites as well are present and just as capable of causing cancers

But Don’t Fear My Friends Because With This Problem There Is A Great Fix….

How to avoid these cancer-causing chemicals and poisons without bbq losing any of the great flavors you do enjoy? First, tenderize the food then zap any possible mutagens or bugs in the meat with a microwave. Third, you can steep it overnight in a marinade. Two or three hours before eating this the meat should be transferred to a roasting pan, covered with foil, and placed on the colder side of the grill with a temp of no more than 220F. With the leftover marinade continually baste the meat every 10-15 minutes. Take the meat out of the pan when tender and grill it on the hot end turning it every so often until the meat is brown, not black.

Previous Post: Look at the Backside – Why You Need To Read Labels When Shopping!
Next Post: Do you have so energy to cope with the tasks of the day?